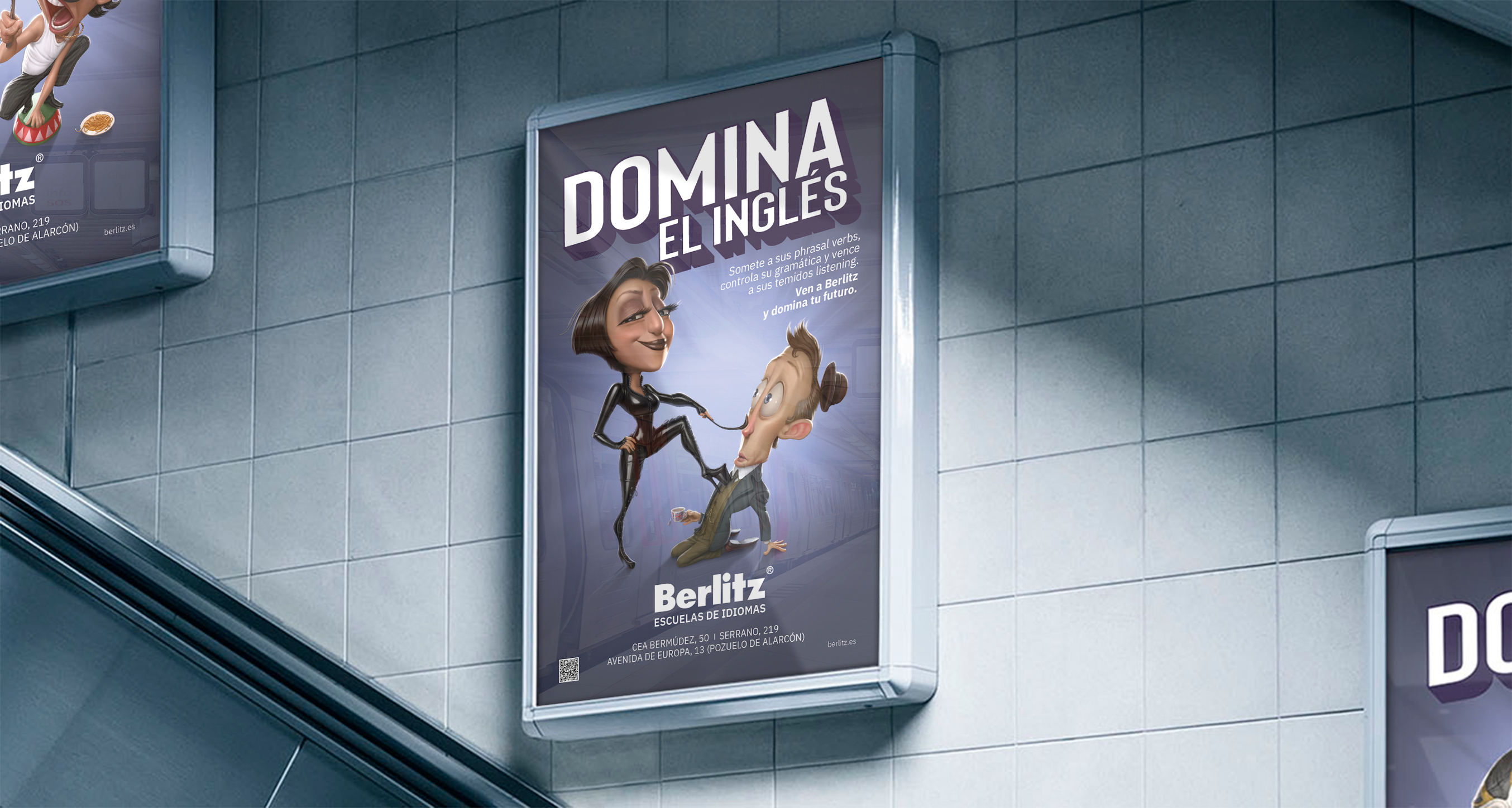 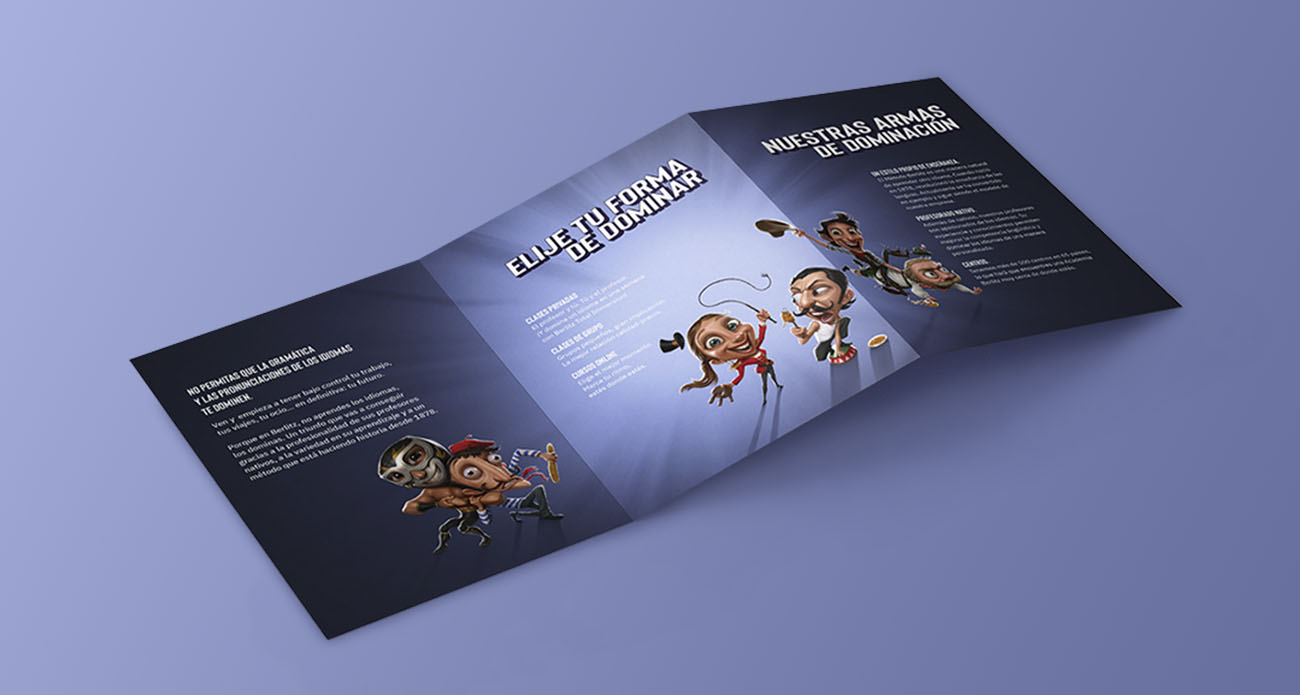 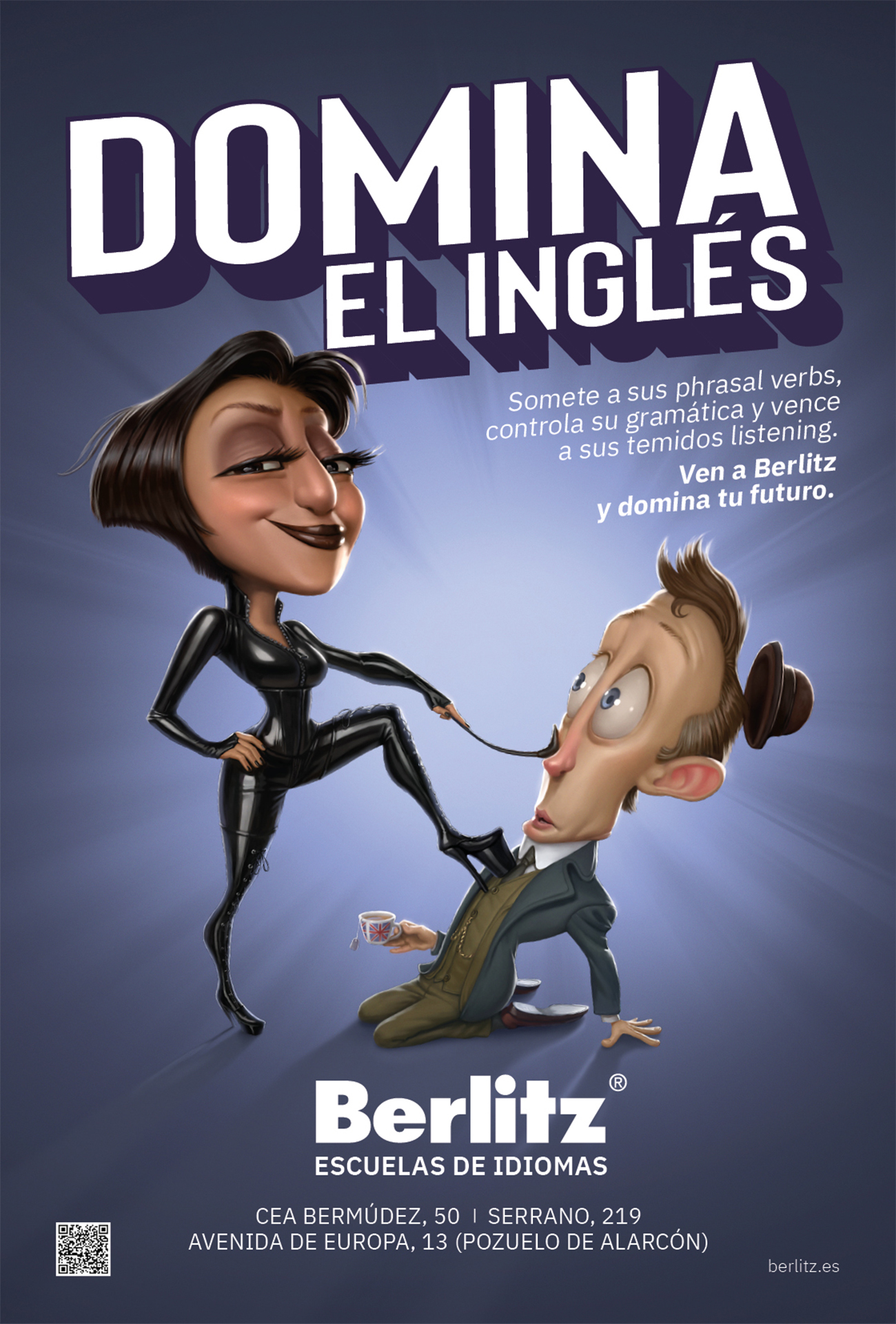 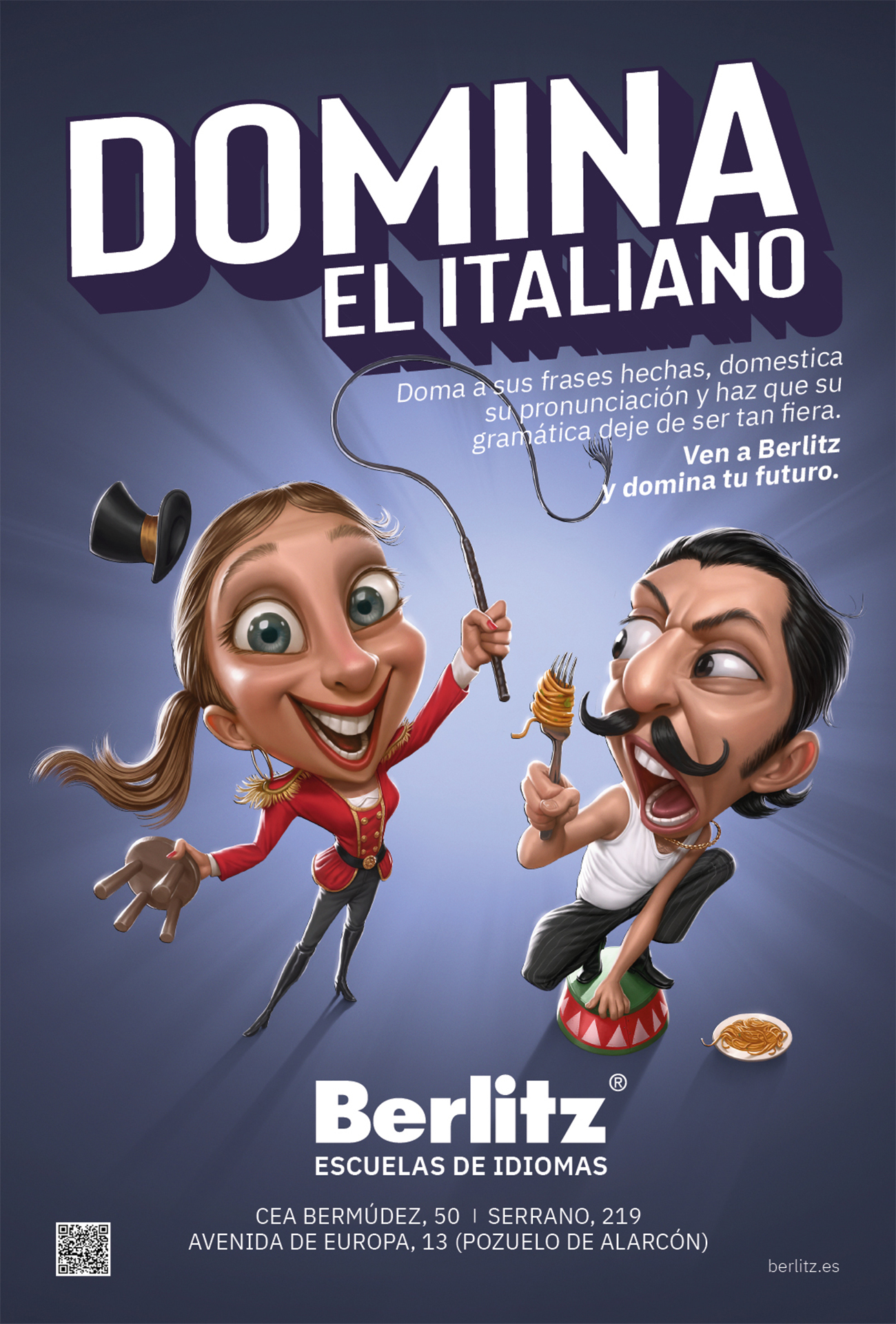 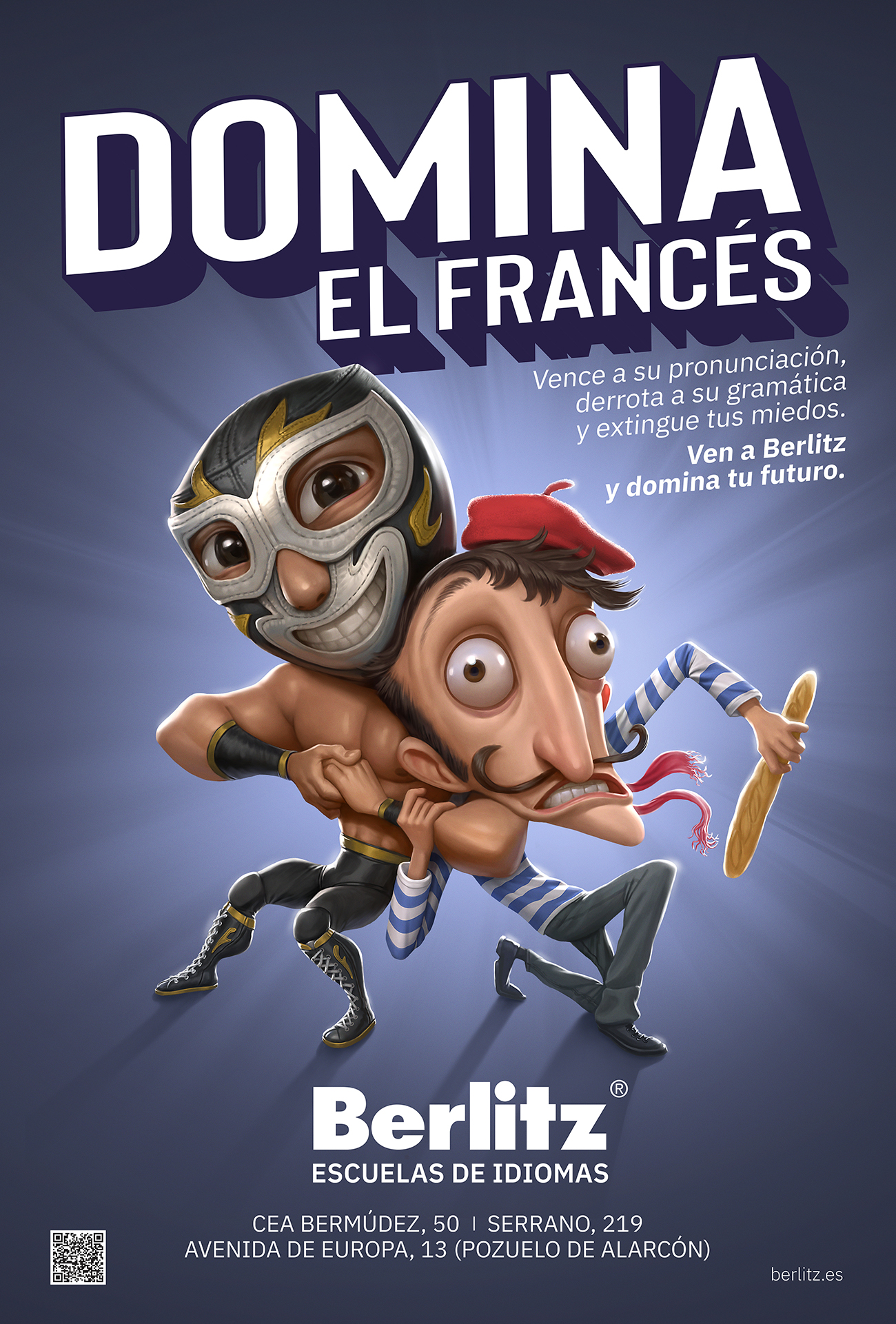 Background: Berlitz is a language school with more than 140 years of history. After setting up their branding for effective B2B and corporate communications, we needed to get more traction on B2C, especially with the younger generations. In fact, the brand lacked brand awareness: it was in the <40s and was perceived as quite ‘old fashioned’.
Goals: creating a brand campaign that stood out from the competition by communicating clearly and strongly that with Berlitz you don’t just learn languages, you can master them.
The idea: Master languages. A series of ‘masters’ that literally dominate different languages. The 3D illustrations gave the visuals a distinctive and fun edge.